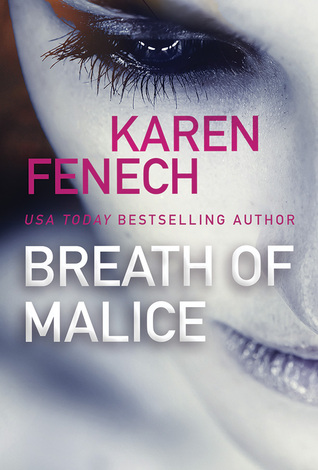 This was one of those books that I was really looking forward to reading from the moment I requested it on Netgalley and was super bummed that I had to wait because I received it more than a month before its publication date (June 14th).  Finally, I felt comfortable reading and preparing to review it last week, so almost immediately after finishing Beta Test on Monday afternoon, I greedily downloaded the file onto my iPad.  Unfortunately it was one of those cases of the anticipation being better than the actual product.

FBI Agent Paige Carson has spent the last year running from her past, transferring from one field office to another each time it caught up with her.  She knew it wasn’t any way to live, but she needed to keep her teenaged sister safe and was willing to do anything to keep her out of harm’s way.  Shortly after moving to South Carolina, she encounters a serial killer from her past and she must decide whether to stay and fight or cut and run.

Special Agent in Charge, Sam McKade, knew something was off about his newest hire, but being shorthanded, he chose to overlook that and see what kind of agent she would be.  Almost immediately, he felt pulled to Paige and wanted her to trust him with whatever was wrong.  But is he ready to deal with her unique set of baggage?

I don’t know if the standard for romantic suspense has changed or if I’m just expecting too much from it all of a sudden, but this is the second book in a matter of days that has seriously disappointed me.  Breath of Malice’s biggest problem is that it takes far too long for the plot to show up and when it does, the action moved at such a snail’s pace that I was in danger of falling asleep.  I’ve only experienced that sensation twice before — once in 6th grade when my class was reading Endlessness by Isaac Asimov, which for some reason was just a series of numbers from beginning to end (my teacher realized her mistake pretty quickly and stopped us before we were all sleeping) and again the summer before 8th grade when we were assigned A Separate Peace.  Somehow I managed to stay awake through that one, but from all accounts, I was one of the only ones in my class not to fall asleep.  At least with Breath of Malice, I wasn’t forced to continue reading like I was back in school.

The pacing, unfortunately, was not the only problem I had with this book and had that been the case, I probably would have been able to finish it.  I also had issues with the likability of the main character.  I really did not like Paige.  She is the type of person who never wants help from anyone else and lets her pride and insecurities stop her from going to Sam when it was obvious that she couldn’t deal with things on her own.  Yes, she had reasons not to trust the bureau, despite the fact that she still worked for it, but I felt as if she was hindering the investigation and putting her fellow agents in danger by not opening up about her serial killer stalker.  I would hope that a federal agent would know better, but Paige doesn’t.  Even when she was certain that Thames, the aforementioned serial killer/stalker, was in South Carolina, she hesitated at talking to Sam.  It wasn’t until he backed her into a corner that she told him the truth.

Sam wasn’t as bad as Paige, but I have doubts about his feelings regarding his ex-wife.  I kept thinking that he wasn’t completely over her, especially when he found out about her relationship with a new man.  At one point, he thought about how the new guy wasn’t as good looking as he is — and my first thought was that he was a bit shallow.  Maybe the new guy was good to his ex-wife and their son.  Maybe his ex-wife saw something else in this guy that she didn’t have when she was married to Sam.

As for the romance, it kind of came out of nowhere.  Obviously, I knew there was going to be one as this is a romance novel, however, there was very little build up before the two of them started sleeping together.  Exactly half way through the book, almost as if Ms. Fenech was reminded that she was supposed to be writing a romance, Sam and Paige have sex — boring sex, by the way — and Sam is instantly in love with her and possessive of her.  This nearly killed me.  They’d only even kissed once before and the fact that the sex came right after she shared her painful past with him made me think that he was taking advantage of her.  She was vulnerable as hell and all he could think of was how long it would take to bury himself in her.

Finally, this isn’t specifically a problem with the book and more about my total geekiness, but the character names just pulled me out of the book.  Each time I read their names together, it made me think about the old television show, Charmed, in which Paige meets her biological father, a man named Sam, and so the familial connection kept squicking me out.  I’m probably the only one that had this problem, but it bugged me so very much.

Breath of Malice is currently available for Pre-Order and will be released on June 14th.