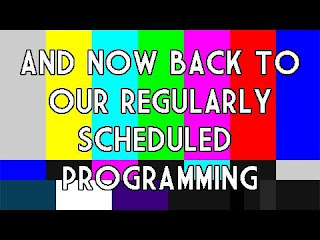 I know, I’ve said this before, and I’ve meant it every single time.  When I wrote that last post about Harry Potter and the Cursed Child, I had not meant for it to be the last, but literally the next day, I started on what would end up being almost half a year of being tired non-stop.  First, I came down with the worst dental infection of all time, which coincided with being made full time at work.  (I actually found out that I was being made full time when I emailed my boss to tell him that I could not go into work because of the infection.). From that point on, it was like a switch was flipped.  One minute, I was perfectly healthy and the next, all I wanted to do was sleep.

In December, I was diagnosed with Hypothyroidism, and one of the symptoms of that is having a lack of energy.  A week later I started taking hormones to replace what my body was no longer making.  Over the last month, I’ve noticed a BIG difference.  I no longer feel like I should live in bed and have even started reading again (at one point, I was struggling to read even one book a week!), and I finally feel like I am up to starting up again.

So, where does that leave us?  (With a Buffy gif, apparently.)  I do have a few things in the works right now.  Tomorrow, I will be posting a review of the newest Annabeth Albert novel, which FYI was AMAZING.  There aren’t enough adjectives to describe just how much I loved this book.  I’m currently reading the new Lucy Parker.  Unfortunately, it isn’t anywhere near as good as the Albert book, but it did get me through an almost interminable power outage this past Tuesday (thanks to a tree that fell on the power lines and some hapless person’s sports car–although, how hapless someone who owned a sports car could be is beyond me).  Last, I am taking part in my very first Blog Tour–for Meredith Duran’s upcoming book (more on this soon).
I’m hoping that I’ve turned a corner and will be back to reading and reviewing on here regularly, but there aren’t any guarantees.  I do still have *some* days where I’m more tired than I probably should be, but I’m taking things one day at a time (insert your own Mackenzie Philips joke, here).